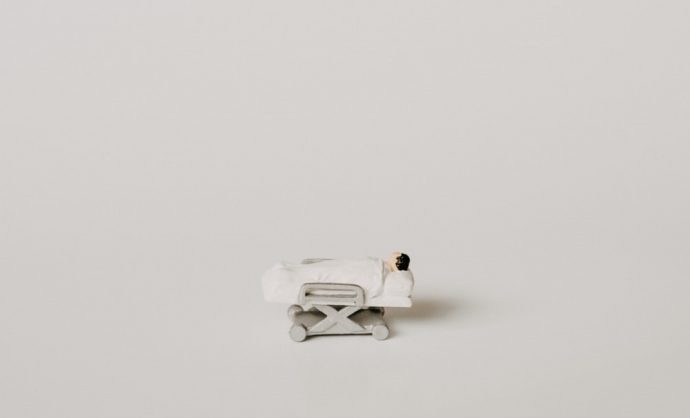 In simple terms, the CI protection gap means that, if you were to be struck with CI, you will only be able to afford 20% of the income replacement you will need in the event you are unable to work. If you aren’t worried before, perhaps now you should.

Why CI Coverage Is Important?

Simply put it, the odds of you getting diagnosed with CI is increasing over the years. It is a reality that you and I need to grapple with.

According to Ministry of Health (MOH), Singaporean’s average life expectancy at birth is 84.8 years in 2017 compared to 83.2 in 2010. However, the Health Adjusted Life Expectancy (HALE) at birth is 74.2 years. This means that, though we are living longer, we are spending those extra years in poorer health condition, including getting diagnosed with CI.

But with better awareness for earlier testing and better medical technology, the odds of survival after getting diagnosed with CI is also increasing. For instance, severe heart attack cases almost doubled from 2009 to 2018. Yet, those who died from severe heart attack dropped nearly 20% over the same period.

Early CI vs Late Stage CI: What is the basis of getting both or either?

Right now, the market at large offers two distinct stage of Critical illness coverage: Early Critical Illness and Late-Stage Critical illness insurance. While these are both CI plans, the reason for getting either one can be different.

For late stage CI insurance coverage, you will want to ensure the amount is sufficient to replace your income for a few years. A critical illness insurance plan makes a lump sum pay out when you are diagnosed.

Here’s what might possibly happen during this period. You may be either too ill to work or bed ridden. However, such diagnosis may not qualify you to claim against total and permanent disability protection because the criteria to claim might be even more stringent, but your daily cost of living does not end here. That’s where a critical illness coverage plan comes in handy to replace that loss of capability to earn your income.

Early CI: An Option to Take a Break, A Want

An Early-stage CI diagnosis, depending on the type of illness can be completely different in terms of how it may affect you. Early-stage CI plan lets you make claims at the beginning of the severity. For example, if you are diagnosed with stage 1 cancer (i.e. carcinoma in-situ), you can start making claims from an early stage CI insurance plan. Since early treatment is one of the keys to survival, allowing you to make claims at the slightest diagnosis of cancer lets you seek treatment early without having to worry about the finances.

Here is a possible scenario when you are diagnosed with early-stage critical illness; While the diagnosis may not be severe enough to warrant a total incapacity to carry on working in your own occupation, you may wish to have the option to take a no pay leave or a pay cut to work in a less laborious role.

Another reason of getting early-stage critical illness coverage can be psychological, such as, you can have the self-actualization that your condition may eventually worsen and feel that life is worth more than just working and slogging and maybe better spent with the people they love especially when “time is of the essence”.

In these scenarios, a lump sum pay-out will give you the confidence to make a decision to leave your job and seek proper treatment and rehabilitation that could ensure your well being mentally and physically.

Is Health Insurance A Good Substitute For Critical Illness Insurance?

Health insurance/hospitalisation plans such as integrated shield provides coverage for hospitalisation expenses. Which means, you are only able to claim the cost of your treatment as an inpatient or any allowable pre and post hospitalisation within a given time period.

A Critical illness insurance on the other hand provides a lump sum payout regardless on the cost of your treatment, it gives you the liberty to spend the money as and when you prefer to. The lump sum pay out from the critical illness insurance plan will allow you to either replace your income should you be unable to work or choose not to work due to your illness and/or it can provide continuous risk management should your health insurance plan strike the limit of its coverage.

How Much CI Coverage Do You Need?

Now that we have heard the “why” and “what, it is time to figure out the “how much”. Seriously, how much CI coverage do you need? It is like a million-dollar question (literally) that needs to be answered. In fact, here is a a simple formula to calculate the CI coverage you need.

According to an article on LIA website, CI recovery period is around 5 years. From a financial perspective, it means that you need CI coverage to cover the expenses you will incur for the 5 years and provided it recovers.

We notice that some advisors recommend 10 years of your income to be covered for. However, we feel that that may be over insuring.

This is because, early-stage critical illness diagnosis is unlikely to incapacitate a person from their job unless it results in physical disability such as the loss of use of one limb or both. Then again, in the event of such scenarios, it is also wholly dependent on the type of job you hold that entails the inability or ability to work when diagnosed with an Early CI.

An advance stage critical illness diagnosis on the other hand may most likely result in a person being totally or partially unable to work in their own occupation, this may cause financial shock for awhile if a person does not have adequate savings or protection set aside to replace their income for the longer term should critical illness happen. Therefore, a 3 years of annual income protection will allow one to buffer a time out period from work and focus on their recuperation.

What happens after year 3? Why not 10 years?

First and foremost, not all of us spend every single cent of our income, so we believe that 3 years of income buffered in the event of critical illness diagnosis may also mean longer years of expenses being covered. Example, if you only spend 50% of your income each year, 3 years of your income payout should be able to cover 6 years of your expenses.

Second, if you do not recover from a severe stage critical illness after 3 – 5 years, there’s a pretty high chance you may have passed on. If so, then your family or beneficiaries should be claiming from your death benefit which is an essential risk management tool that you should have in your protection portfolio.

Read How Much Death Coverage Do I Need?

There is also the possibility that one may recover or goes into remission and head right back to work, as such a critical illness payout need not be too excessive that retires you from your job because the amount you would have saved from getting an adequate coverage can be used to fund your retirement, say if you do not even make any claim.

In the 21st century, having CI coverage is not just a luxury. We think that it is a necessity, given the likelihood of anyone being struck with CI. If you still have doubts about CI plans or not sure how much coverage to get, it will help if you have an expert to reassure you.

Our MAS-Licensed Partner will provide you with objective advice and help you compare insurance quotes from different providers. 100% Free & No Commitment. Retrieve your info using your Singpass App or Manually fill in the forms below.