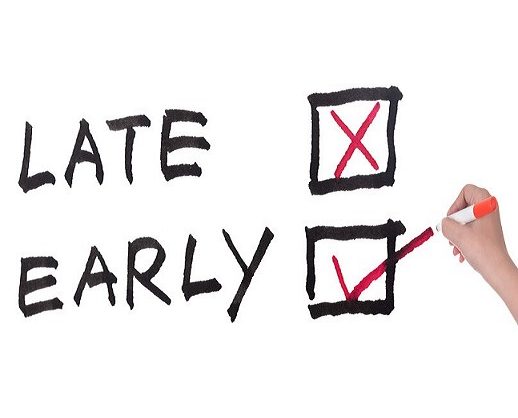 Do you know that the incidence of cancer in Singapore has risen sharply in recent years? Every day, about 36 people are told that they have cancer. But the good news is that the survival rate has been increasing as well. With advanced medical technologies helping cancer patients recover more effectively, would one have the financial means to go through the treatments and bring their life back to normal as well?

Early critical illness cover seeks to bridge the gap in the case where one is diagnosed with a critical illness but not at the “stage” where it can be covered by a traditional CI policy. As such, these policies usually(not always) include

These plans usually come as standalone plans or as a rider policy. Their benefits are typically capped at a lower level as the payout is expected to be more frequent.

As you can see, a person suffering from an early stage critical illness would be able to have some financial protection if he took up an early stage critical illness. This is important because when you catch the disease at an early stage, there is a good chance for recovery, but during the period of undergoing treatments, you may not be able to work, resulting in a loss of income. Thus, having a payout can help you tide over this difficult period while not draining all your savings such that you will be in a difficult financial situation following your recovery.

How Much Coverage Do You Need?

You should choose a CI plan that can cover about 3 to 4 times of your annual income. This is because there is an average of 4 years life expectancy in the event of a late-stage CI that can cover daily expenses while resting or stopping work.

For early stage CI, it is good to get up to 1 year of your income to cover the expenses for treatment and income replacement during your recuperation period.

Pros: There can be much advantage to getting an early CI policy to supplement your life insurance or CI policy. This is because with more advanced medical technologies these days, there is a higher possibility of early detection, which also means one will have a better chance of recovery with the treatment options available. Having an early stage CI cover will then help with giving you financial protection while undergoing treatments.

Multiple claims also help if there are any relapses after a previous recovery. Unlike normal critical illness plans which lapse after one claim, the possibility of claims with the former is much higher.

It may also be easier to claim from an early stage CI policy because it is becoming more common to detect critical illnesses at an early stage due to medical advancements and the growing popularity of regular screening.

An early stage CI cover may be especially relevant for those who are self-employed since your earning occurs on a daily basis and you may not enjoy any employment benefits such as medical leave or insurance. People like this are susceptible to an income loss while undergoing treatment and during recuperation

Cons: Premiums for early stage CI are usually higher compared to traditional CI plans due to the higher probability of claims. Some people argues that you can get yourself an adequate cover if you have enough hospitalisation and medical insurance. Thus, the taking up of an early stage CI plan may appear to be a “want” rather than a “need”.

Not sure if you need a CI or early CI plan? Contact us for an obligation-free consultation here!

Do you know the 3 Best Retirement Plans in Singapore in terms of Coverage, Guaranteed Income and Life Annuity?

Our partnered licensed financial planners will draft their proposals based on your given input. Your information and details will only be used for communication with you.

All comparisons done are solely based on your individual needs.