Starting from November 2021, Build-To-Order (BTO) HDB flats will have a new addition to the existing estate categories. On top of non-mature and mature estates, there will be a new “Central estate”. In conjunction with the introduction of Central estate, the HDB Prime Location Housing (PLH) model was also introduced. The PLH model is a set of rules and subsidies that exclusively applies to the BTOs in the Central area.

Does the PLH model effectively address the existing problem of overdemand for properties in the central location? Or does the same old problem still exist?

The PLH model is a new initiative to help keep the pricing of BTOs in Central area affordable. At the same time, there are also measures to curb the so-called “Lottery Effect” of buying BTOs and then flipping it for a profit.

Under the PLH model, all eligibility conditions that currently apply to BTOs in non-mature and mature estates. This means that you and your partner cannot exceed the income ceiling of $14k. You also need to have disposed of your private property at least 30 months in advance before you can apply. Citizenship, eligibility schemes also apply.

On top of that, PLH model will not be open for singles. You need to either be married or applying under the Fiancé/Fiancée Scheme.

Under the PLH model, Central likely refers to BTOs that are under the Central Area defined in the URA Master Plan 2019. 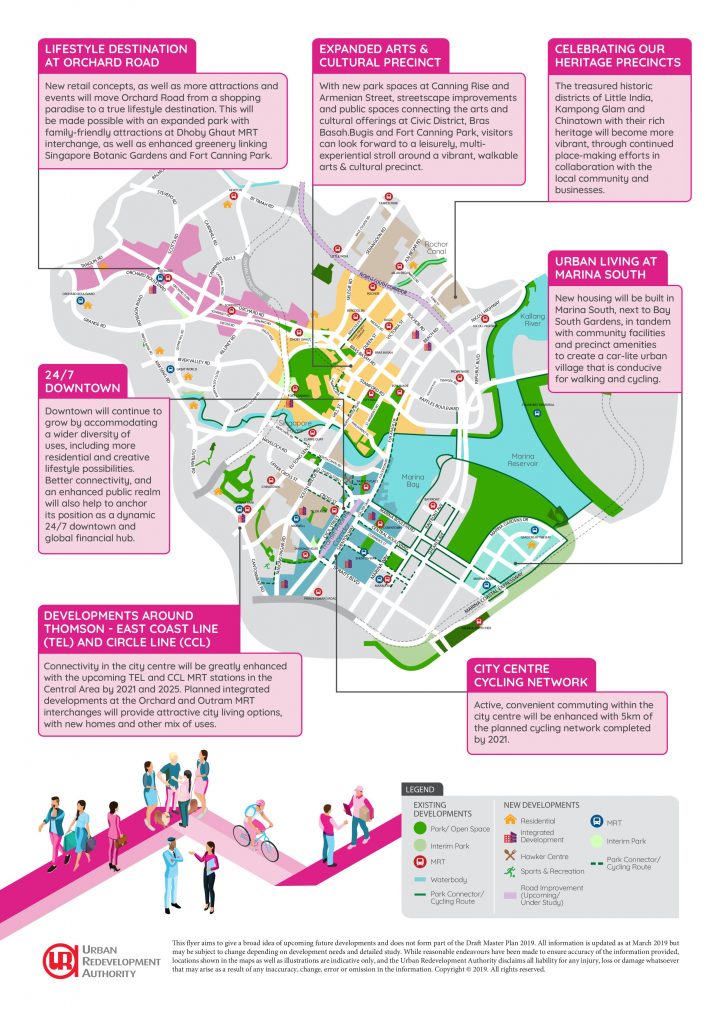 In essence, Central estate covers the area between Kallang (East), Orchard (West), Marina Bay (South) and Rochor (North). While this may seem like a big area, it actually isn’t, especially since lots of land in this area has already been utilized.

Another area that will definitely be classified as Central is the upcoming Greater Southern Waterfront. That is the Harbourfront/Pasir Panjang area that will be redeveloped following Port Singapore Authority (PSA) shift to the new Tuas Port. The area has close to 2,000 ha of land, which is 6 times the size of Marina Bay. Obviously, there will be a handful of spaces catered for public housing.

Unlike the existing BTO model, BTOs under the PLH model are subjected to a 10-year Minimum Occupation Period (MOP). This means that you can only sell your HDB after you hit the 10-year MOP. And if you are thinking of owning multiple properties, note that there is also a rental restriction on your HDB.

During the MOP, you are restricted from renting out the flat, just like any normal HDB. In addition, you CANNOT rent out the whole HDB flat even after reaching your 10-year MOP. All you can do is to rent out “spare” rooms.

Is 10-Year MOP Worthwhile? What Are You Losing Out?

In our view, the 10-year MOP and rental restrictions are going to be the major deal breaker for some. At the same time, it also curbs the “Lottery Effect” to a certain extent.

Let’s say you are lucky enough to ballot for a number and choose your desired Central HDB flat. From the moment you sign on the dot till the day you can sell your HDB, it will be around 15 years (5 years building period plus 10 years of MOP).

In fact, the first PLH model project at Rochor (River Peaks) has a waiting time of almost 6 years. In total, you will need to wait 16 years before you can do anything to the flat. A lot of things can change within 16 years.

What About The Rental Restrictions?

The rental restrictions is also supposed to be another curb against the “Lottery Effect”. On paper, the restriction of renting out only spare rooms can seem very restrictive. However, if you think about it, it’s actually not.

Firstly, rental in the Central area is going to be expensive due to the location. As such, tenants might choose to rent rooms instead of the whole unit, unless you are a family.

Secondly, because of the location, room rental in the Central area will be priced much higher than mature and non-mature estates. While the rental yield is lower, it won’t be significantly lower.

Another big question mark about PLH model is the amount of subsidies. The government has been touting that BTOs under the PLH model will be getting more subsidies to make public housing more affordable in the prime Central area. But how much more subsidies can you expect?

Unfortunately, the additional subsidies calculation is already priced into the indicative price range when you apply for the BTO. But here’s a quick and dirty way of figuring out how much subsidies you are enjoying: Reverse engineering using the subsidy clawback.

BTOs under the PLH model also comes with a subsidy clawback as part of the government’s attempt to rein in property flipping. HDBs in Central area that are sold after the 10-year MOP will be subjected to a varying level of subsidy clawback based on the valuation or selling price at the time of sale, whichever is higher. This subsidy clawback changes from project to project and will only be made known when the project is launched.

The first BTO under PLH model at Rochor is the River Peaks. For River Peaks, it comes with a 6% subsidy clawback. At the moment, the most expensive HDB is a $1.296m DBSS flat in Bishan. Assuming River Peaks climb to that kind of valuation, 6% subsidy clawback translates to $78k. $78k is likely to be the cap of the additional subsidy that you are enjoying.

A Great Step Forward, But Jury Is Still Out

To be fair, we must acknowledge the government’s efforts to continue keeping housing affordable in Singapore even as property prices continue to climb. The new PLH model is a great step forward. But like all things new, the first may not be the best. There will probably be more rounds calibration when more can be seen on the market’s reaction towards these policies and restrictions.

Need A Foolproof Way To Lower Your Cost Of Ownership?

While there’s no way for us to predict how property prices will go in the future, what you can do is to lower your cost of ownership. One way to do that effectively is to ensure that you get the best home loan deal.

Reach out to us if you want to get the best loan deal on your home loan.