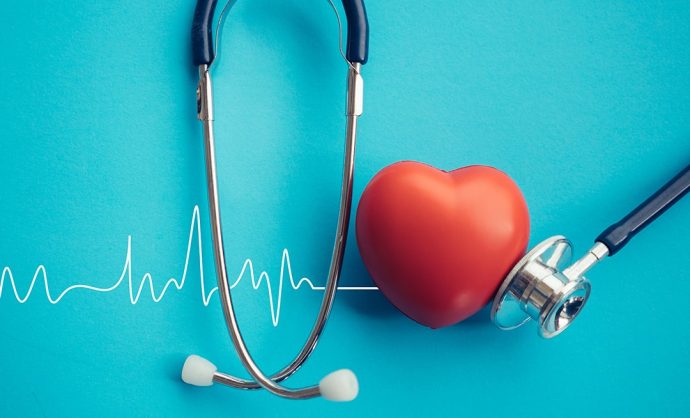 The Aviva MyMultiPay CI III is a one size fits all recurrent critical illness coverage plan that one should consider when it comes to providing comprehensive protection in the event of early to late stage critical illness. The plan is an upgraded version of the first Aviva MyMultipay CI plan which was released in early 2017.

This recurrent CI plan provides up to 4 times payout, subjected to certain terms and condition, to tide you over financial distress while you’re suffering from any 36 out of the LIA 37 listed critical illness.

What does Aviva My MultiPay CI III covers?

The Aviva My Multipay CI III is an early stage critical illness plan with 4 layers of claim that provides a payout of up to 6 times your sum assured upon any diagnosis of 36 Early, Intermediate or Severe Stage CI. The plan also provides Special Benefit coverage with up to 24 conditions (E.g. Diabetes complications, angioplasty or autism), where an additional 20% of your Sum Assured will be payable to you).

From a recurrent CI coverage perspective, the plan is geared more towards coverage for heart attack, stroke and cancer which makes up about 80% of all diagnosed critical illness conditions based on the chart below. 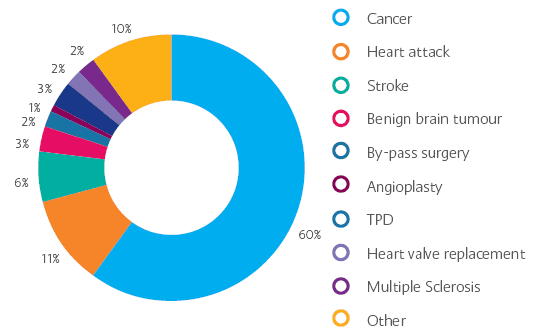 Now for some really technical aspects of the plan.

What are the 4 Layers of claim? 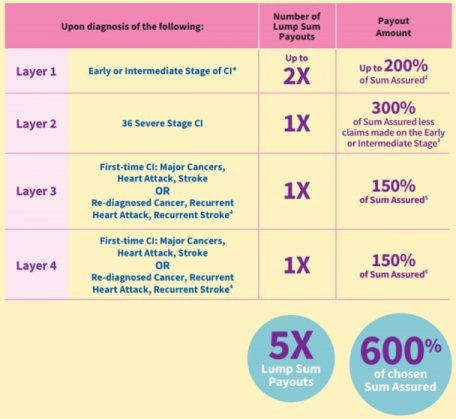 Allow claim for up to 2 times sum assured and up to 200% of sum assured for Early and Intermediate Stage CI without any waiting time required between each claim.

Early of Intermediate Stage are grouped into 3 categories.

Allow claim once for 36 Severe Stage CI and up to 300% of your base sum assured, less claims made on the Early or Intermediate Stage. Similarly, there is no waiting period between layer 1 and layer 2.

Premium will be waived at this stage. Aviva will allow claim once for Major Cancers, Heart Attacks or Strokes OR Re-diagnosed Cancer, Recurrent Heart Attack or Recurrent Stroke for 150% sum assured after a 2 years waiting period from any claim made on the 2nd layer.

Similar claim feature as 3rd Layer with another 2 years waiting period in between.

An additional 20% of the sum assured will be payable should the insured be diagnosed with any 24 special conditions (12 Juvenile 12 Adult). Under this category, the insured will be able to make up to 6 different claims (if you’re that unlucky) without affecting the basic sum assured.

Who is this plan suitable for?

For anyone who wants financial relief upon multi stage critical illness diagnosis to cover for out of pocket medical cost and loss of income earning ability. If cancer, heart attack and stroke is your main concern, this plan has the highest multiple payout feature at 600% sum assured.

How does Aviva MyMultipay CI work?

Suppose Tom, a 45 years old engineer bought Aviva MyMultipay CI III with $100,000 sum assured, during a yearly routine health check review, the doctor diagnosed Tom with an early stage colon cancer. With that, Tom was able to make a claim of $100,000  and then proceed to carry out his chemotherapy treatment.

At this stage, should Tom decide to take up another critical illness insurance policy, no insurers will accept him. Luckily for Tom, Aviva MyMultipay CI continues to cover him base on the following scenario:

About a month later after intensive chemotherapy sessions, Tom’s condition worsens to a later stage and spread to his lungs. Due to this diagnosis Tom was able to make an additional claim of $200,000 under severe stage major cancer. At this juncture Tom’s condition went into remission, Aviva will waive Tom’s future premium and still continue to provide him coverage under the 3rd layer and 4th layer of claim.

Rediagnosis 2 years later: After 2 years of remission, Tom was rediagnosed with late stage lung cancer. This time, Aviva will pay $150,000 under re-diagnosis of cancer after 2 years waiting period

Diagnosed with Stroke 2 years after cancer rediagnosis: Tom survived his cancer ordeal for the next 2 years with consistent therapy session. However, due to a weakened immune system, Tom suffered from severe stroke and was rendered disabled. At this stage, Aviva will provide another $150,000 payout and the plan will terminate.

While Aviva MyMultiPay CI III is considered expensive as compared to it’s peers and it’s own stand alone early stage critical illness plan, here are a few reasons why we consider this plan as one of the best critical illness product in the market:

Flexibility – Aviva is the only Multipay CI plan in the market that allows the term of coverage to be flexible and adjustable anywhere from a 5 years term to a coverage till age 99.

Premium Waiver Upon CI Diagnosis – Another plus point is the CI premium waiver feature embedded into policy itself.

Can be Purchased as A Rider to the Aviva Term & Whole Life Policy – The plan can be added on as a rider to the Aviva MyProtector Term, by doing so for similar coverage amount and tenure, the insured will be able to enjoy some discounts on the Multipay CI Premium. The plan is also eligible to be added to the Aviva Whole Life Plan with a slightly different feature.

No Waiting Period for Early and All Late Stage CI Diagnosis – There are no waiting period for any subsequent claims made within layer 1 and layer 2. The 3x sum assured applies to all critical illness conditions. Thus, getting a 100,000 sum assured for this plan is as good as getting a coverage of 300,000 for late stage critical illness.

Recurrent Coverage for Major Cancer, Heart Attack & Stroke – Currently the only plan in the market that provides recurrent coverage for Heart Attack, Stroke & Cancer instead of just cancer.

When should you buy Aviva MyMultipay CI?

The good news is, you have made the first step to read through this article and yes, the best time to take it up is now.

Unless, given the choice, you seek to harbor the risk of being a serious hazard to your dependents.

AVOID SITTING ON IT. GET COVERED NOW.

Get Your Multipay CI Proposal Here

Our partnered financial planners will draft their proposals based on your given input. Your information and details will only be used for communication with you.

All comparisons done are solely based on your individual needs.