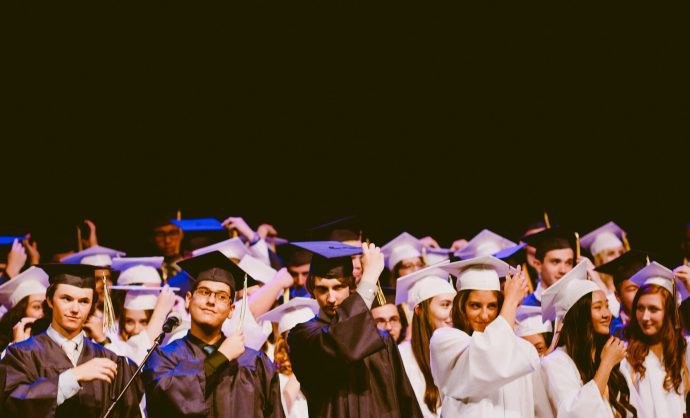 With the Covid-19 outbreak dimming the outlook of Singapore’s job market in the coming year, many fresh graduates and current students are apprehensive about what job sectors to enter into that gives a decent pay and offers some stability. To simplify all the information out on the internet and help you get a head start in the arduous job-hunting process, this article will shed light on some of the highest paying jobs in Singapore. Do note that these rankings are based on median pay because we believe it gives you a better representation of your salary as it’s not skewed by higher or lower salaries and thus much less affected by variation.

On a side note, we are also excluding Financial Advisors of various representation and Property Agents as the pay spread can be pretty wide depending on the ability of the individuals.

With a median wage of S$5400 per month after graduation, law dwarfs all other professions when it comes to earning the big bucks fresh out of university. Moreover, with 93% of freshly graduated lawyers receiving permanent full-time employment within 6 months of graduation, law professionals also remains a highly stable profession. Most prominent places that recruit lawyers include Rajah and Tan, Baker and McKenzie and Drew and Napier.

The median wage of doctors fresh out of NUS is a whopping S$5218 per month, which makes this one of the highest-paid professions in Singapore. Interestingly, your median wage as a graduate from NTU is S$5700 per month, which is almost 10% higher than your counterparts at NUS. With 100% of graduates gaining full-time permanent employment within 6 months if graduation, this is the profession for you if you price job security and stability over other any other factor. Some of the biggest hospitals in Singapore include National University Hospital, Singapore General Hospital and Mount Elizabeth Hospital.

The median wage of professionals working in this sector is S$5000 per month. While this may seem less than the wage of lawyers and doctors, do keep in mind that depending on your skillset, landing a job at big tech companies like Google, Facebook or Amazon could increase your paycheck to up to S$9000 per month. Thus, the upsides to following this career path are huge, especially given the rapid move towards technology and automation advancement that the world had witnessed and will inevitably see the job prospects of this position rising upwards. Most prominent recruiters for this position are Microsoft, Google, GovTech, Autodesk, Facebook and increasingly even big banks such as JP Morgan.

Along with Software Engineers, the median wage of a data scientist could be close to S$58,000 per year or slightly over S$4800 a month. Data Scientists is one of the most in-demand profession over the last 5 years for the same reason why software engineers are as well, and as the demand grows, so will your paycheck. Apart from big tech companies, there’s a high demand for data scientists in startups, big banks, consultancy firms and even government agencies.

With a healthy median wage of around S$4,800 a month for fresh grads, management and business consultants provide a steady source of income for those who want to explore careers outside tech, law or medicine. With big players like McKinsey, BCG and Bain and company having offices in Singapore, this could be a fruitful career that’s open to people from diverse backgrounds such as engineering, business and social sciences.

Earning a median wage of $4200 per month, graduates straight out of university enjoy a full-time employment rate of 97.3%. This role thus offers you strong employment prospects irrespective of pandemics or crashes like the ones we’re seeing currently. Many dental clinics such as National Dental Centre Singapore under SingHealth offer positions for this role.

At a median wage of S$4100 per month and a full-time permanent employment rate of 96%, a career in architecture offers you a good mix of decent pay and job security. Putting in the right hours and keeping updated with the right software and computer tools could move you ahead of the curve and push you towards a steady increase in pay incrementally. Most prominent architecture firms in Singapore include DP Architects, HYLA Architects and Spark Architects.

Getting a median wage of S$4080 per month, financial accounts manager sets you up for a decent first career right after graduation. Given that this career could see you earning about S$5400 a month within few years if you put in the right hours, taking a long-term view might help you get a better picture of the cash you could earn with this job. Most prominent employers of this job include big 4 accounting firms such as Deloitte, KPMG, EY and PwC.

Once again, we have done the homework to help you better understand what kind of pay and job security can you expect from each of these career paths and, hopefully, help you decide which path to take moving forward.

Read How to Get Your Dream Job?